This magnificent journey we call the Denver Bar Presidency will soon come to an end for me. I know it has been a great ride because I recently had the thought—some would say insane thought—that I wish I could do it for another year. But I feel good about 2014–15. The positive imprint from working with and leading the Board of Trustees this past year will never go away. I am a better person and a better lawyer for this remarkable experience.

So what did we accomplish? The year began with a serious review of DBA finances. We formed a committee called Plan B to look into potentially material cuts in the association’s budget. That took almost ten months to create, to analyze, and to report to the Board. The good news is that the DBA bottom-line is secure. While we voted for the first time in five years to raise dues by $10 for the coming year, our finances are solid. And the great benefit of the review is that we now—for the first time ever—understand the true cost, hard and soft, of each of the 65 programs the DBA runs or sponsors.

Next, we looked reality squarely in the eye and began the search for a new Executive Director. Chuck Turner, who had skillfully guided the organization for thirty-four years, was leaving—and leaving smack dab in the middle of my tenure! An amazing experience in and of itself, we interviewed countless highly qualified candidates. Importantly, we laughed, cried and rejoiced when Patrick Flaherty emerged as the most qualified candidate, holding both a law degree and an MBA in nonprofit management. What a fortunate find. Patrick is now an experienced hand—having directed the organization for all of six months. Like rookie recruits shipped off to battle, we both learned a lot in a short 180 days.

Early on, we formed the “Group of 33”—young lawyers, some members of the Bar, some not—to serve as our Focus Group. They came together periodically during the year to comment on bar association relevancy, new marketing materials, recruiting Millennials in the practice of law, and even selecting party forums and door prizes.

Those thirty-three volunteers made a huge difference in our twelve month agenda, and they, along with others, participated in two “Phone Banks” to call and to welcome each new member to the DBA, as well as to call on members who had failed to renew their membership to better understand why.

We developed new marketing materials—a program we called “I Belong.” The “I Belong” brochure clearly states six solid reasons to join the DBA. Hopefully you have seen them, but they are being handed out at every bar association function, from graduation to CLEs for new lawyers.

Pick one up—it will help you focus on what we do well as an association of professionals. Next time a young lawyer asks you why he or she should join the Bar, you will know what to say.

Next we developed a marquee program called “15 x 15” with the stated purpose of increasing YLD membership by 15% by July 1, 2015. Whether or not we met the mathematical goal is still uncertain, but by any measure, the program has been a huge success. Under 15 x 15, the Board of Trustees reviewed all of our marketing efforts, studied what Millennials want and do not want from a modern bar association, studied how they spend their discretionary dollars in the profession, and invited bar members and non-bar members to join us at two extraordinary parties, one held at Union Station not long after the fall swearing-in ceremony, and a second party in March at the Four Seasons. The two parties drew almost 550 guests; simply an extraordinary turn-out. Many commented: “I didn’t know the Bar was this much fun.” While the program may be renamed for 2015-16, I am certain its agenda will remain an important part of the Board of Trustees most nurtured programs.

The Barristers Benefit Ball continued to be a huge success. Once again we raised thousands to support Metro Volunteer Lawyers—the DBA’s arm for pro bono assistance in the Denver area. Themed “Fire and Ice,” the party brought out Denver’s finest lawyers bedecked in black ties or ball gowns. Fun was had by all, and our most important legal aid organization was funded for another year. 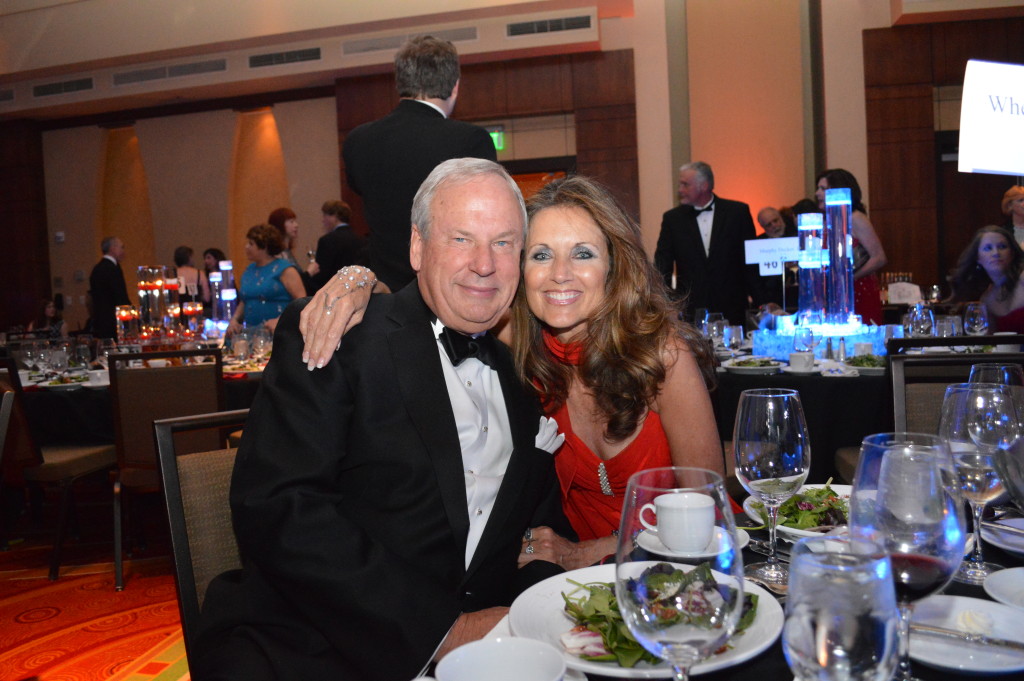 The Bar Ambassadors program was formed mid-year. This program has identified key leaders in the DBA, as well as leaders within Denver’s large and small law firms, to serve as Ambassadors for the DBA. Ambassadors are responsible for:

If you have not volunteered to serve as your firm’s Ambassador, please call or email Heather Folker at the DBA to add your name to our rolls: 303-824-5350 or hfolker@cobar.org.

So as Frank Sinatra would lament, the end is near. But Janet Drake is waiting. She will pick up the reins, grab the gavel, master Robert’s Rules and will lead the DBA Board of Trustees on another great ride. And I will be left standing squarely in the rear view mirror—just the way it is supposed to work.

Thanks for the ride.