I was in an auto accident recently — thankfully, I was fine; sadly, my car was not. It required extensive repairs, which would be paid for by the insurance company that insured the driver who hit me. The question was when they would pay — before the car was repaired or after I paid my deductible and waited for reimbursement. Because we didn’t initially know how bad the damage was, my insurance agent, who knows I am a lawyer, told me it might help to hire a lawyer to write a letter on my behalf. At first I laughed at that — not only am I a lawyer, but I spend my days working alongside some of the best lawyers in town. I need to hire a lawyer to write a letter for me?! And then I realized—of course I would, if it was necessary (thankfully it was not). Not only do I know very little about insurance law, but as the person directly involved, I don’t have the distance or neutrality to make legally sound arguments about my own situation; no matter how hard I tried to avoid it, emotion would play a part.

This caused me to really think about what happens when lawyers are involved in legal matters, in business dealings, and, generally speaking, in life. When I’m asked to describe myself, lawyer is not always the first word that comes to mind; I’m a person who happens to also be a lawyer. But the reality for many people, in many circumstances, is that we are lawyers first and always, which can lead to complications if we aren’t careful.
If someone sues you or you sue someone else, if you get a divorce, if you have a property dispute, or any other time you may be a party to a case, are you a lawyer even when you aren’t acting as one? What rules apply to you? Why aren’t you a party like any other party?

The Colorado Bar Association’s Ethics Committee recently released Opinion 133 Ethical Duties of a Lawyer Who is a Party to a Matter Speaking With a Represented Party addressing this question. This Opinion primarily interprets Colorado Rule of Professional Conduct (CRPC or Rules) 4.2, which states “[i]n representing a client, a lawyer shall not communicate about the subject of the representation with a person the lawyer knows to be represented by another lawyer in the matter, unless the lawyer has the consent of the other lawyer or is authorized to do so by law or a court order.” The application to a lawyer who is self-represented in a legal matter is straightforward: when you are representing yourself in a legal case you are both lawyer and client. Therefore, the Rules governing the conduct of lawyers fully apply to you, and you cannot talk to a represented party — even if that party is, for example, your current but soon-to-be-former spouse. It is difficult to think that you cannot pick up the phone to offer a property settlement or a child custody proposal to the person to whom you were married — but if you are representing yourself, and thus “have a client,” and your spouse is represented, then you cannot.

Rule 4.2 applies differently, however, if you are represented by someone else. In that circumstance you are not “representing a client” and are simply a party to a matter, and the terms of the Rule do not apply to you for purposes of that case. Anecdotally, some lawyers and judges feel they should, having witnessed manipulation by lawyer parties toward non-lawyer parties in this context; however, there are other remedies in law — including protective orders — to address that behavior.

What if you form a business relationship with someone — friend, acquaintance, family member? What is your role? If, for instance, you and your college roommate open a bakery, are you merely a party to the transaction and a partner in the bakery, or are you a lawyer? If you just want to bake and sell cookies and do not intend to act as the lawyer for either party or for the company, but you draft the partnership agreement or other relevant documents to save money, are you a lawyer then? Hopefully it is obvious to you that the answer may be yes.

The case law in Colorado is well settled that the formation of the attorney-client relationship is easy to establish. For example, it can exist in the absence of a fee agreement, and you don’t even need to get paid to be deemed someone’s lawyer. Instead, the relationship can be based on the subjective reasonable belief of the client, or the person purporting to be a client.

If you do legal work on behalf of your business you are, arguably the lawyer for the entity. CRPC 1.7(a)(2) states that a lawyer has a conflict of interest if “there is a significant risk that the representation of one or more clients will be materially limited by the lawyer’s responsibilities to another client, a former client or a third person or by a personal interest of the lawyer.” In that circumstance the best thing is to say — in writing — “I am not your lawyer and I have no intention of being your lawyer and I am not necessarily acting in your best interest.” Won’t that be a bit awkward? Probably. But it will likely be less awkward than the discussion you have several years later if the business relationship doesn’t work out and your former partner claims you should have warned her you weren’t her lawyer. The analysis is fact specific, and every circumstance won’t support a claim of attorney-client relationship, but acting prudently at the outset will help minimize the risk.

What if your family owns a business and, again to save money, asks you to do the legal work? What if, for example, you (like me) are terrible at math and you err in drafting a contract in a way that costs your family’s business a substantial sum? Were you not competent to handle that transaction? CRPC 1.1 requires that lawyers render competent representation; if you don’t know what you’re doing, you should not take it on no matter who asks. If it is clear the error was yours and harm resulted, can your own family sue you for malpractice? Probably; they might not win, but they can and may try. If one of your family members gets mad enough, can they report you to the Office of Attorney Regulation Counsel for taking on a case that you were not qualified to handle? Definitely. You are a lawyer like any other lawyer, you made a mistake, and you arguably caused your client harm. “What? My family’s small business is my client? I’m just helping them on weekends and evenings as a favor. I don’t even charge them!” Doesn’t matter! As noted above, the attorney-client relationship is easy to form, and money does not have to change hands. In this circumstance, your family’s small business is indeed your client and you are responsible for ensuring you can render competent representation.

If your marriage fails and you decide to draft the documents for both parties because the matter is straightforward and there are no real disputes, and you persuade your soon-to-be-former spouse that it is in his best interest to split the debt — including your law school loans 50/50 — have you acted as a lawyer, or as a party trying to reach a fair deal? If, several years later, he hires a lawyer to advise him regarding a reallocation of support or something similar and that lawyer asks why he was willing to assume debt in the divorce that he arguably wasn’t required to take on (or could have used as a bargaining chip), and he says it was on your recommendation — is that lawyer going to come back and allege that you violated Rule 1.7 by giving advice not in the best interest of your “client”? Is it possible your ex-spouse was your client?

As a more drastic example, if you or a family member is a victim of crime, the perpetrator is known, and authorities urge you to make a pretext call or have an in-person meeting with the perpetrator, either of which you surreptitiously record, are you in violation of the rules as a lawyer? Rule 8.4(c) says you may not act dishonestly, and in Colorado that is interpreted to include recording someone without their knowledge. “Wait,” you say, “I, or someone I love, is a victim of a crime and I want to help catch the person who did it. Are you telling me I may be in violation of the Rules governing the conduct of a lawyer by doing that?” Unfortunately, the answer may be yes.
When you took the Oath of Admission you agreed to allow the Colorado Supreme Court, and by extension the Office of Attorney Regulation Counsel, jurisdiction over your behavior including some private behaviors. Although the facts may be sympathetic, under current interpretations of the Rules you may be in violation. The Colorado Supreme Court recently passed a change to Rule 8.4(c), which allows an exception for investigative conduct that could — arguably — apply to this situation, but it remains to be seen how that will be interpreted and what applicability it could have in this context.

These are just a few examples, but it is easy to see how the blending of lawyer and person make it difficult for us to take off our lawyer hats and live “real life” as just another person without our lawyer selves playing a role in any number of other circumstances. Recognizing this and taking steps to address it serves us well in the long run.

When I went to law school the first thing the Dean told us on our first day was “you will leave here a different person than you arrived.” At the time I thought that wasn’t possible But as I think about, and talk with other lawyers about, issues like those discussed here, I realize he was right. I am a different person because now I am paranoid. Lawyers are well served in situations like these to be paranoid. A bit of overthinking and awkwardness in the beginning is worth much peace of mind later if things don’t work out the way you planned. And, if you really think about it, do things ever work out exactly the way you planned? 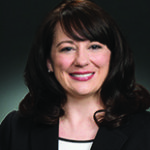 Amy DeVan is Ethics, Conflicts and Resources Counsel with Wheeler Trigg O’Donnell LLP in Denver. She can be reached at devan@wtotrial.com.

One Response to “Ethics Column: Which Came First — the Person or the Lawyer?”