I often tell people that I went to law school because I graduated from college with a degree in history, and there was no math on the LSAT. I am not really kidding. I know math and money are not my strong points. I also tell people the practice of law is hard; handling the money should not be. Unfortunately, during my time working with the Colorado Office of Attorney Regulation Counsel, I saw far too many lawyers who — I think — had similar weaknesses and made serious missteps with their client trust accounts. It was too bad that these lawyers found themselves before disciplinary counsel not for legal mistakes but for simply mishandling third-party funds. Although we have all heard about the scandalous cases where a lawyer absconded with trust account funds and left the country, in the cases I saw, the reality was often far more mundane. Lawyers are human and they make mistakes; however, when it comes to money that doesn’t belong to you, those mistakes can turn serious quickly.

I have often talked about the top trust account mistakes, the main ways to avoid malpractice and the best ways to run a practice. For this article, I wanted to write about something a little more interesting but that was nonetheless real. Below are the five silliest mistakes I saw lawyers make when it came to handling funds and the use of the client trust account.

Now that I am back in the private sector, I have sympathy for lawyers and what it takes to oversee several different bank accounts and keep track of the funds in each. But sympathy only gets you so far when you are holding someone else’s funds, quite literally, in trust. If you follow disciplinary cases, you know there is no quicker way to receive a hefty penalty than to mishandle third-party funds. So know your strengths and your weaknesses and take steps to ensure the money isn’t what wakes you up in a panic at midnight. D 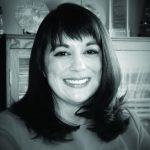 Amy DeVan works as Conflicts and Resource Staff Counsel with the law firm of Wheeler Trigg O’Donnell LLP. She can be reached at devanamy@gmail.com.