arlier this year, I taught a free four-part lecture series on American Government through two of my local libraries. I want to share this experience with other lawyers and encourage you to make civics education part of your volunteer activities. My dream is to have a lawyer in every library in Colorado sharing their knowledge with community members. I believe there is a simple recipe for success in bringing civics education to the public: lawyers, libraries, and constitutional literacy. I’ll break down each of these elements and explore their role in civics education.

Lawyers
I had two reasons for wanting to design and teach this course and both were central to my identity as a lawyer.
First, I was inspired to teach civics education because of the widespread misunderstanding of basic governmental functions,and serious gaps in knowledge about civics that I saw during the 2014 election cycle. I recognized an opportunity to work within my community to change this.

Unfortunately, I wasn’t surprised by the seemingly low level of civic knowledge. I took AP US History in high school and was a history major in college. Even with this education, it wasn’t until I went to law school that I saw the whole picture, filled in the gaps and corrected my misunderstanding about government. It’s a sad commentary that it takes a law school education to demystify civics.
With our education, lawyers have a unique skill set and perspective to provide community-based civics education. Although other professions might offer a more in-depth look at one aspect of government or another, we are trained to holistically evaluate the structure, function, limitations and application of government activity. Further, lawyers are trained to distill complex ideas into manageable chunks of information. We do this every day with our clients.
Second, I wanted to teach a civics course to fulfill my professional obligation to use my law license to improve my community. I often think of the Colorado Attorney Oath of Admission. As part of the oath, all Colorado lawyers solemnly swear to use our “knowledge of the law for the betterment of society and the improvement of the legal system.” At the time I taught the classes, my license was on inactive status as I took a career break to be a stay-at-home parent. Because I was not in active practice and did not have a pro bono target, I decided to offer a free civics education course to satisfy this portion of the Oath of Admission.
Lawyers are already an incredibly civic-minded group. I’d like to encourage us, as a profession and as a community, to embrace the role of civics educators.

Libraries
In an offhand comment, I mentioned to a librarian friend that I was thinking of designing and teaching a civics education course. Within 24 hours, I had an enthusiastic offer to work with the library to bring civics education to their community members.
Libraries are a perfect nexus between lawyers offering civics education and community members receiving that education. Libraries are deeply committed to providing community-based education open to people of all levels of income and education. Libraries have the resources to facilitate teaching. They usually have tools such as a projector, computer, white board, etc., and have established and efficient ways of sharing information about their upcoming events and programs, taking the onus off the educator to bring people in the door. My experience is that library staff were, without exception, excited to facilitate civics education and extremely pleased to be able to offer a free program to their patrons.

Constitutional Literacy
My aim was to give a “30,000 foot view” of how the states and federal government interact, how the branches of the government interact, and how the government interacts with individuals. I wanted people taking the course to not only have a big picture understanding of the government; I wanted them to leave feeling more empowered and confident in dealing with their government.
We covered federalism (enumerated powers and police powers, the 10th Amendment, the Supremacy Clause), Congress (structure and organization, legislative path, enumerated powers including necessary and proper clause, tax and spend clause, commerce clause, post-Civil War Amendments), the judiciary (structure and organization, jurisdiction, composition of the Supreme Court, standing, ripeness, and mootness), the executive branch (presidential inherent powers, electoral college, foreign policy, impeachment and civil suits, creation of administrative agencies, rulemaking and adjudication), due process (sources, notice and opportunity, overview of civil procedure and evidence), fundamental rights (Bill of Rights, recognition of new rights, incorporation, state actor requirement) and equal protection (rational basis, intermediate scrutiny and strict scrutiny).

I expected a few bored individuals to wander into one or two of the classes. Happily, both course attendance and participation far exceeded my expectations. For each of the lectures, 20–30 people showed up and peppered me with questions about the course materials and things that they heard on the news.
I taught two rounds of the four-week course in the months following the inauguration. At that time, immigration ban lawsuits were playing out in the courts and Justice Gorsuch and cabinet members were moving through the appointment and confirmation process. I kept the course non-partisan, but current events served as an excellent backdrop for course materials.

I asked attendees to give me feedback on the course. Of the people who completed the survey, 84 percent strongly agreed that they increased their knowledge and understanding of the Constitution and 84 percent strongly agreed that they felt more confident in engaging with their government. The background of attendees varied widely, but all attendees took something positive from the course. One attendee said “great course, thank you! I really can’t recall having a class in gov’t/civics ever—maybe in elementary school. My grasp of gov’t function/judicial function has been very thin and this class helped immensely.” Another attendee said, “I was a Political Science major undergrad, have a Master’s in Public Administration, and worked for legislative and executive branches for a total of 35 years. I thought I knew all there was to know about government but I learned a lot in each session. This class is a terrific public service.”
We seem to have entered a new era of civic awareness and engagement. We do a rather poor job of educating our citizens to understand and participate in our government. People are so hungry for a deeper understanding, so we have a lot of room to improve civics education. More and more people are interested in “constitutional literacy.”

I encourage lawyers to consider civics education as part of our broader professional obligations and as part of our volunteer activities. It is a rewarding experience and a fun way to use our skills “for the betterment of society.” You can create your own course as I did or work with the many fine organizations focused on civics education. I am also happy to share my course materials with anyone who is interested. D 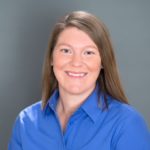 Sarah Coleman is the owner of Coleman Law, LLC which offers on-demand freelance legal services to Colorado attorneys. She can be reached at sarah@colemanlaw.org.

One Response to “Civics Education”