In 1985, under the leadership of U. S. District Court Judge John Kane, the Judge William Doyle Inn of Court — the first Inn in Colorado — was established. From 1993 to 1994, Judge Alfred Harrell was president of the Doyle Inn, and with the encouragement and direction of his mentor, Judge Kane, Judge Harrell was asked to lead the formation of a second Inn of Court. That Inn was established in 1995 as the Judge Alfred A. Arraj Inn. Subsequent Inns followed.

Now retired but not inactive, Judge Harrell is at it again. With the aid of another Denver Inn of Court, the Rhone-Brackett Inn, he hopes to shepherd a new Inn of Court into existence in the fall of 2017. With the exception of the Intellectual Property Inn, it has been more than 20 years since the addition of a new Inn of Court to Colorado’s legal landscape.

With the booming metropolitan population and the increase in attorneys joining the profession, Judge Harrell believes that the time has come to add another Inn to the Front Range area. He also thinks that the new Inn will benefit from some lessons learned from existing Denver Inns.

Although the new Inn will promote the founding principles of all American Inns of Court — professionalism, mentorship and civility — some new concepts may be employed. Judge Harrell has noticed that many law students did not continue their membership once they passed the bar because they were deterred by the cost. He also heard this concern from practicing lawyers.

An idea was born. The membership cost of many Inns is driven by the price of the monthly meals which are generally held at upscale locations. Judge Harrell believes that the new Inn could reduce costs while maintaining prestige by holding meetings at the two Colorado law schools and at the Colorado courthouses. As he puts it, “What could be classier than a meeting at the Colorado Supreme Court?” Judge Harrell believes that roving meeting locations may also allow the new Inn to be more inclusive to those who live or work outside the metro area.

The new Inn will be a general membership Inn with an emphasis on diversity, affordability and accessibility. Judge Harrell hopes it will appeal to law students and a range of legal practitioners and judicial officers. He would also like to see more government attorneys, law professors and judicial administrators involved.

To keep the new Inn affordable, the Inn may consider some breakfast and lunch meetings instead of the current Inns’ standard dinner meetings. The new Inn may also meet six times a year as opposed to the existing Inns’ schedule of monthly meetings with a summer hiatus.

Tyler Stokes, a third-year law student at the University of Denver, agrees that the new Inn may be more attractive to law students. Stokes is part of Judge Harrell’s pupilage group in the Rhone-Brackett Inn. Stokes said, “Many law students tell me they do not join the Inns of Court because they believe they have to be invited to join, and they worry about the expense.”

Judge Harrell said that the Inns of Court provide an important footing for law students to become part of the bar community before they become licensed attorneys. He hopes that in the new Inn, younger lawyers and law students will take on leadership roles. He noted that when the existing Inns were started, the senior lawyers and judges would gather to form the Inn, make decisions concerning the Inn’s governance and then invite other members. He anticipates that the new Inn will afford all members a role in decision making.

Julie Walker, a founding partner of Kelly & Walker, LLC, agrees that the Inns of Court provide special opportunities for networking and mentorship. Walker recalls when, as a young lawyer, she was encouraged to join the Doyle Inn of Court. The first meeting that she attended was held at then Colorado Supreme Court Chief Justice Luis Rovira’s home. Walker said, “As a new lawyer, I could not believe that I was sitting on the chief justice’s couch, and he was serving me coffee.” Since that initial meeting, Walker said she has gained invaluable friendships and mentors through the Inns of Court.

Although the Rhone-Brackett Inn and Judge Harrell’s pupilage group will be the primary players in laying the foundation for the new Inn, a number of the other Denver Inns have offered to help. Many members of the judiciary have also tendered their support, including Colorado Supreme Court Chief Justice Nancy Rice, Judge Christine Arguello and Magistrate Judge Kristin Mix.

Anyone who is interested in joining or learning more about the new Inn should email newdenverinn@gmail.com. D 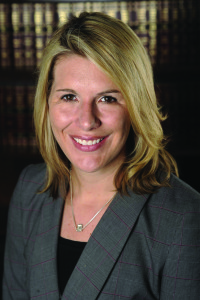 Natalie Powell is an Assistant Attorney General in the Business & Licensing section of the Colorado Attorney General’s Office. She has been a member of the Docket Committee since 2006. She can be reached at natalie.powell@coag.gov.