The Denver Bar Association thanks those individuals who took the time to submit nominations for this year’s awards. During the course of the past 126 years, the achievements of DBA members have never failed to impress. This year’s honorees have taken the meaning of dedication to inspiring new heights. 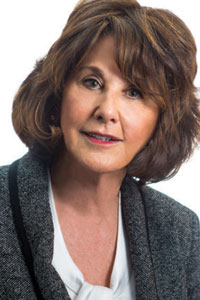 Being named the recipient of the DBA Award of Merit and placed in the company of so many great attorneys and judges has been one of the highlights of my professional career. I hope to serve as a role model for others by encouraging them to give back to the community and to be a leader.

When I was asked at age 4 what I wanted to be when I grew up, I said, “I want to get married, have children and be a lawyer who helps families.” It was unusual in 1948 for a girl to state that she wanted to be a lawyer. Those dreams have nonetheless come true. I am married to Gary, my husband of almost 52 years, and have two adult children, Steve and Sara, and three grandchildren, Ethan, Sadie and Jackson. It is humbling that in the 60 years that the DBA Award of Merit has been given, I am the fifth woman to be honored in this way.

After graduating, I litigated many family law cases, which affirmed my belief that family issues should not be resolved in the courtroom. I worked hard to be a pioneer in the field of mediation. In 2000, I brought Collaborative Law to Colorado. I taught or sponsored 27 workshops on the process and the collaborative paradigm shift that underlies how family law is practiced today.

The first organization that I joined after law school was the DBA. I became involved in the Barristers Benefit Ball, which I helped transform from just another law dinner to a theme-oriented gala that continues to channel critical funds to Metro Volunteer Lawyers. My passion for the DBA led me to fulfill a number of leadership roles, including 1st vice president, Budget Committee chair and delegate to the CBA Board of Governors. I made sure that family law issues were always on the agenda. I have also had the honor of chairing the Colorado Judicial Institute and the CBA Family Law Section. Some of my closest friends are those with whom I have worked on DBA, CBA and CJI projects. I am humbled, appreciative and filled with joy that the DBA has given me this recognition.

YOUNG LAWYER OF THE YEAR: 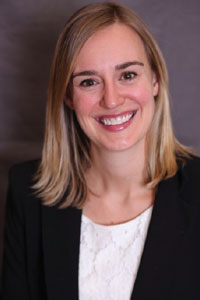 Born and raised just north of Boston by parents from Southern California, I always had a sense of adventure. Enjoying Rutgers University’s atmosphere, and after enrolling in the barristers’ program at the University of Glasgow during my semester abroad, I decided to attend law school at the biggest university that would accept me. Michigan State University gave me the campus I desired and the scholarships I needed. And while at MSU, I met my husband, who always wanted to move to Colorado.

I accepted a clerkship with Judge Gilbert Román at the Colorado Court of Appeals, and I liked it so much that I have refused to leave. I have had the immense luck of being Judge Dennis Graham’s permanent law clerk since 2010. I’ve grown personally and professionally under his mentorship.

My DBA membership has been invaluable. Appellate practice is insular at times, and by joining the DBA, I have met all sorts of wonderful lawyers from all practice areas. My membership has also provided me with opportunities to get involved in the larger Denver community through service projects and social events.

Being selected as the Young Lawyer of the Year is a huge honor. When I received the call, I immediately thought back to a conversation I had with my grandmother when I told her I was going to law school. A devout Catholic, she looked me right in the eye and said, “Good. Now you can help poor people.” Her highest and best self was when she was helping others, and while I dare not compare myself to her (she raised eight children on a police officer’s salary and ALWAYS ate her greens), I am glad that I am making her proud. 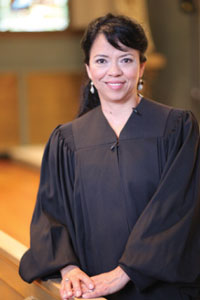 Community service, including service to the DBA, is important for all legal professionals. Beyond the friendships that develop while serving the DBA, professional and service organizations are a source of inspiration, education and support throughout our careers. Judges, more than any other legal professionals, need to set the example of service and of mentorship.

I am humbled to receive the Judicial Excellence Award through which the DBA recognizes a member of the judiciary “for extraordinary service or exceptional contributions to the improvement of the judicial system.” As I glanced at the list of past awardees — a list that includes jurists whom I admire greatly — I was quite intimidated. Justices Alex Martinez, Nancy Rice and Mary Mullarkey — three jurists for whom I hold the deepest respect — have been granted this honor. From my own court, Judges Dan Taubman and Dennis Graham and Sr. Judges Russ Carparelli and Leonard Plank have been honored as well.

I am delighted to join them and the district and county court judges whom the DBA has recognized with the Judicial Excellence Award. I began serving on the Colorado Court of Appeals in early 2011. Affording access to justice to all Coloradans is my goal. Equally dear to my heart is ensuring that Colorado’s judiciary reflects the diversity of the community that it serves. I informally mentor diverse attorneys and women aspiring to the judiciary through the Diversity on the Bench Dream Team initiative. Consistent with this commitment, I have served as the Colorado director and district director of the National Association of Women Judges. I have also been deeply involved in the Colorado Hispanic Bar Association and the Colorado Women’s Bar Association. As our beloved Teddy Roosevelt once said, “Far and away the best prize that life has to offer is the chance to work hard at work worth doing.” I am so fortunate that our governor and the public have granted me the privilege to work hard at work that is definitely worth doing.

VOLUNTEER LAWYERS OF THE YEAR: 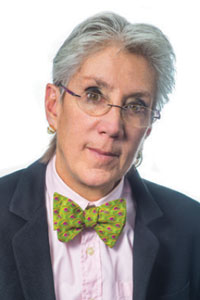 The award means a great deal to me as a recognition for a long-held commitment. I graduated from the University of Denver Sturm College of Law and have been practicing since the fall of 1979. I grew up on the Western Slope as a fifth-generation native Coloradan and have been a DBA member for as long as I can remember. When I’m not working as an attorney, I spend my time helping my husband on our ranch in Wyoming and in rodeo activities. I also serve on the National Western Livestock Junior Auction of Champions Committee.

I am passionate about MVL. It is a great way to give back and to help those people in the community who couldn’t otherwise afford legal services for civil cases. I enjoy family law because I’m helping clients through a very tough time in their lives, emotionally and sometimes financially. 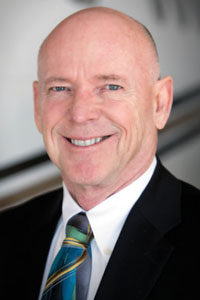 As a longtime DBA member, I can confirm that the relationships formed through the bar association are lifelong. Prior to my appointment as a Senior Assistant Attorney General and Pro Bono Coordinator with the Colorado Department of Law, I was active in Missions for Ministries, which builds houses in Juárez, Mexico for the poorest of the poor. More recently, I have been involved in Habitat for Humanity. I also offer my time in judging and mentoring high school students pursuing a variety of civic and legal opportunities.

I am humbled to have been named a Volunteer Lawyer of the Year. The Pro Bono Post-Decree Clinics in Arapahoe and Adams counties in which I participate have flourished through the support of Attorney General Cynthia Coffman and 60+ attorneys and staff from her office. It is thanks to the incredible volunteers from the Colorado Department of Law and MVL that the Pro Bono Post-Decree program has been so successful in helping a highly underserved population. Volunteering has changed my life and those for whom I offered my legal services.

Established in 2013, the Colorado Attorney Mentoring Program (CAMP) began as a means to assist Colorado’s new lawyers in successfully transitioning from law school to law practice. Emphasis is placed on the one-on-one professional relationship between the seasoned lawyer and the mentee. CAMP was created with the intention of generating meaningful and relevant mentoring relationships that ultimately make for better Colorado lawyers. Good mentoring relationships also increase professionalism in the practice of law and play a significant role in achieving an inclusive and diverse legal profession. Mentors and mentees often describe how rewarding their mutual relationship has been and some of these relationships last a lifetime.

In its four-year existence, CAMP has successfully matched nearly 600 Colorado lawyers with one of our 420 mentors and coaches from around the state. In addition, CAMP has expanded its footprint and outreach through its collaboration with over 30 partner mentoring programs in local bar associations, law firms and government law offices across Colorado. CAMP offers eight different mentoring tracks appealing to lawyers at all stages of practice. The CAMP Coffee List pairs mentors and mentees for short-term mentoring sessions to discuss issues such as bar association engagement, leadership development, informational interviews and practice resource questions. The CAMP Trial Attorney Mentoring Program provides participants with the unique opportunity to gain real-world jury or bench trial experience while receiving one-on-one coaching and mentoring from seasoned litigators. Finally, CAMP is the first state attorney mentoring program in the nation to utilize a mentoring software platform to improve participant matching, facilitate mentoring relationships and increase mentoring outcomes.

CONGRATULATIONS TO THIS YEAR’S HONOREES!

One Response to “In Their Own Words: The Winners of the 2017 DBA Awards”