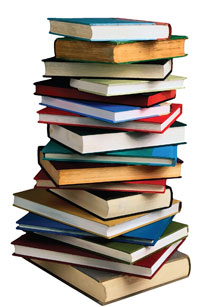 In the early morning hours of February 26, 1972, after several days of rain, a coal mining impoundment dam, situated at the top of a narrow valley in the mountains of West Virginia, collapsed. The “impoundment dam” was, in actuality, a massive refuse pile of coal slag and mining waste. The refuse pile, which was dumped across the narrow valley near Buffalo Creek, was intended to filter and hold back millions of gallons of water and coal sludge generated by the coal company’s coal-washing plant. When the dam collapsed, a 20- to 30-foot-tall tidal wave of black coal water and sludge tumbled down the valley, consuming the small mining towns that lay in its path. More than 125 people died in the flood, and hundreds more were impoverished, their homes and possessions destroyed.

In the aftermath of the disaster, hundreds of flood victims joined together and sued the Pittston Coal Company, alleging that Pittston’s reckless disregard in the construction and maintenance of the dam caused the plaintiffs’ injuries. Their ensuing legal battle, which resulted in a $13.5 million settlement reached in the final days before trial, is chronicled in Gerald Stern’s book, The Buffalo Creek Disaster: How the Survivors of One of the Worst Disasters in Coal-Mining History Brought Suit Against the Coal Company — And Won.

The Buffalo Creek Disaster is more than a story about heroes: As the title suggests, the book is a matter-of-fact yet dramatic tale authored by the leading plaintiffs’ lawyer in the case. Using straightforward language, Stern provides the reader with a window through which the world of litigation can be viewed. At its core, it is a story about underdogs, litigation drama, and the twists and turns that led to a landmark $13.5 million settlement. But even though The Buffalo Creek Disaster is not exactly a book about heroes, the threads of heroism are woven into the fabric of its plot. For me, three elements that epitomize heroism resonated throughout the narrative: purpose, risk, and hope.

Purpose. Heroes strive to achieve a goal to which they are deeply committed. As the plaintiffs’ lawyer, Stern was determined to win full and just compensation for the plaintiffs. This meant gaining recognition for the entirety of the plaintiffs’ physical and psychological suffering. Although opposing counsel characterized the plaintiffs’ “psychic impairment claims” as “mere puff and blow,” the court ruled that the claims were not frivolous. Those claims eventually became a hallmark of the Buffalo Creek litigation: The plaintiffs were allowed to recover, on an unprecedented scale, for “survivor syndrome” — a precursor term for what is now recognized as post-traumatic stress disorder.

The Buffalo Creek Disaster also provides an opportunity to reflect on the “big picture” of lawyering. Stern’s narrative walks the reader through the major steps of litigation, from injury to settlement, in the context of a dramatic, high-impact case. For this reason, the book is an excellent guide on litigation and the rules of civil procedure, and it comes as no surprise that it has been used as a teaching tool at numerous law schools. But rather than sounding pedantic, the story is compelling because it explains, at each step, the real-life impact on the plaintiffs — which is, ultimately, the heart of Stern’s story. While the practice of law is often about paying attention to small details, it is helpful and refreshing to be reminded that the details of lawyering serve a valuable, “big-picture” purpose for our clients and ourselves.

Risk. Heroic acts also entail risks. The Buffalo Creek plaintiffs and their lawyers took several calculated risks throughout the case. For example, they staked jurisdiction in federal court entirely on the tenuous argument that the court could and should pierce the corporate veil in that instance. Later, when settlement negotiations began, they refused to budge on compensatory damages for mental injury. The law firm of Arnold & Porter also took a huge risk by committing to finance the litigation expenses pro bono. In affirming that risky decision, one of the firm’s partners stated, “When in doubt, do the right thing.” These risks show that nothing in the case was certain. At the same time, it reminds us that great outcomes often depend on sticking to principles that matter more than the cost of losing.

Hope. Heroism involves hope — and perhaps a little bit of luck as well. In the practice of law, an attorney sometimes has to wait for another player to make a move. What will opposing counsel say? How will the judge rule? Will a new legal theory be recognized? When the Buffalo Creek plaintiffs’ lawyers reached these crossroads, they often had to “wait and see” and hope for a favorable outcome. Also, the plaintiffs were lucky, at least to a certain extent. For instance, a state commission issued a scathing report about Pittston’s role in the flood just as the plaintiffs were ready to file their complaint, leading to a public relations windfall for the plaintiffs. Additionally, after the federal judge originally assigned to the case recused himself, the newly assigned judge, who was relatively unknown, repeatedly proved to be sensitive to the plaintiffs’ arguments. Such lucky breaks were unforeseen and beyond the lawyers’ control. Even so, the survivor plaintiffs and their lawyers filled the inevitable “wait and see” gaps with hope — hope that was manifested through an attitude of eager expectation and acts of preparation for future possibilities.

As I embark into the legal profession, reading The Buffalo Creek Disaster made me glad that I am a lawyer. The book tells an inspiring story, and it shows the mechanisms of the justice system working for those in a desperate situation. I don’t think there is a secret formula for being a hero. Purpose, risk, and hope are just a few ingredients to throw into the mix. Whatever lessons you may draw from the scenario that it presents, let The Buffalo Creek Disaster inspire you to tap into your inner hero. D

Eden Rolland is a 2015 graduate of the University of Colorado Law School and is currently a litigation fellow at the Denver City Attorney’s Office. She can be reached at edenrolland@gmail.com.