“’Tis strange, —but true; for truth is always strange;

Elevation Zero – Colorado by the Sea1
In 1859, people who lived where we live now did not reside in “Colorado.” Our area wasn’t even a state; most of it was part of the Territory of Kansas, a jurisdiction under federal control. Congress was keenly interested in whether the territorial voters would elect to be a free state or a slave state. Kansas was admitted into the Union as a free state in January 1861, and our area was re-organized shortly thereafter as the Territory of Colorado, ultimately becoming a state on August 1, 1876. But it could have turned out very differently.
With impending civil war, the last thing Congress had on its mind was splitting California into two separate states. However, in 1859, the residents of California voted to divide the territory and create a new State of Colorado. The architect of this plan was Andres Pico, who wanted to preserve Spanish culture in California from the effects of the Gold Rush; specifically, the hordes of settlers moving into northern California. Congress said no! If it hadn’t, Colorado might be called Jefferson today.
On the eve of 1860, there was an attempt in Denver City to organize a government called the Jefferson Territory. Laws were passed and printed, officials were elected — all of it without permission. But this quasi-legal jurisdiction was replaced by the Territory of Colorado, which followed Kansas in becoming a state, preceding — some might say precipitating — the Civil War.
As a reminder that history is prologue, on December 4, 1941, there was another movement to divide the State of California. This movement was an attempt to create the State of Jefferson out of the southern portion of Oregon and the northern portion of California. This attempt was not nearly as organized as the 1860 territorial affair, and it suffered the same fate for a similar reason. World War II and the bombing of Pearl Harbor on December 7 overshadowed such local affairs.

The Microphone Case2
Teller Ammons was sworn in as Colorado’s 28th Governor on January 12, 1937. Little did he know, there was a spy in his office.
On August 29, 1937, a special county grand jury indicted three men on counts of eavesdropping, conspiracy to eavesdrop, public nuisance and conspiracy to commit public nuisance. The men were prominent Denver attorney Erl Ellis, Denver Post reporter Walden Sweet and private investigator Jack Gilmore. The grand jury relied on Blackstone’s 18th century Commentaries on the Laws of England for the common law charges because there were no state statutes that spoke to the unusual acts. According to Ellis’ law partner, Morrison Shafroth, “No such crime had ever been heard of in Colorado before.”
Ellis, motivated by his desire to reform government and expose perceived wrong-doing in the state legislature, had planned and financed an operation to place two hidden microphones in the governor’s office. Jack Gilmore installed the microphones inside heating registers during the last days of Governor Big Ed Johnson’s term. “The microphone pickup, located a short distance from the governor’s desk, had transferred voices in the room to an amplifier installed high in the state capitol building, and from there, over a leased telephone line, to Gilmore’s apartment, which was located a few blocks south on Sherman.” The trio monitored the conversations which were then transcribed or recorded.
The microphones were discovered on March 6, 1937 “after Governor Ammons became alarmed by leaks of discussions and decisions that had taken place in his office.” Upon discovery, Ellis came forward and took responsibility. He also contacted Denver District Attorney John Carroll to advise him that “‘a general investigation into lobbying activities would be good for the state.’” All of the recordings and documents were turned over to Carroll, and a grand jury was called. Although they found nothing on the tapes to support an indictment, the grand jury found enough evidence to call for a deeper investigation. On the basis of that investigation “nine people were indicted — four legislators for having accepted bribes, one lobbyist for bribery, the secretary of former Governor Johnson, and the three eavesdroppers.”
The three men were tried and found guilty of eavesdropping. Their punishment, again from Blackstone, required the men to post peace bonds with the court to be held for one year. The Colorado Supreme Court also suspended Ellis’ license. However, his punishment did not last long. His license was reinstated on December 27, 1938. Concurring specially, Chief Justice Burke declared that “the record clear[ed] Ellis of all personal interest and evil intent, and justifie[d] the conclusion that the price extorted for his activities [was] cheap for the renovation they wrought.”

The Case of the Silverthorn Sow3
A raucous crowd congregated in the streets of Breckenridge on the morning of May 1, 1861. Those who could get inside jostled for position on the cleared out floor of Long’s Saloon — the largest building in town. Many had traveled for days in anticipation of the spectacle, and some had only just finished their nightly revelries.
Located on the banks of the Blue River, Breckenridge was booming. Founded in 1859 during the height of the gold rush, the town had quickly swelled to more than 8,000 residents. It served as a central hub and meeting place for the burgeoning Summit county mining districts, and its Miners’ Court administered swift justice to those who disobeyed the law. At precisely 9:00am, Judge Marshall Silverthorn called the court to order. A jury was selected, and the prosecution began.
But this was no ordinary trial. The defendants in the courtroom were two mules and a four-year old sow named Sally. The details of the case, first reported in the Rocky Mountain News by Mr. E.D. Tyre, are scant. However, its bizarre circumstances, and even stranger outcome, brought national attention to the tiny mountain town.
Exactly one month before, an early April snow storm had forced the miners to take refuge in their ramshackle cabins. As was their custom, they brought in the livestock to shelter with them for the night. For reasons unexplained, two mules and a sow, the property of Mr. Samuel L. Kahn, were boarded with Rekój and Lirpa Loof. As the Loofs slept, trouble was afoot. When they awoke, they found that three large chests had been opened, their contents rummaged through and destroyed. Blaming the room’s only other occupants, they confronted Mr. Kahn. When he refused responsibility, they brought their case.
Accused of trespass to chattel and criminal malicious mischief, the animals were held at the jail for trial. Several witnesses gave testimony regarding the severity of the storm, the victims’ character, and most incredibly, the animals’ intelligence and “predilection for acts of immorality.” Finding the mules “too stupid to sin” the jury concluded that only Sally the sow could have done the deed. Applying the doctrine of res ipsa loquitur, she was held responsible, and her owner was ordered to pay restitution for the damages.

Policing the Tenderloin And Other Unique Duties4
Borne out of necessity, the 19th century police function in the Western United States was as much (or more) volunteer as it was professional. The Wild West was largely remote and, for a long time, sparsely-populated. Add to the scenario a diverse and itinerant group of travelers often seeking fortune, and the result was a law enforcement challenge.
In early Colorado, it was common for neophytes or volunteers to perform law enforcement duties now almost entirely reserved to officially qualified units. Federal Marshals were appointed from many other occupations, including “wholesale liquor dealer” and “soft drink manufacturer.” Their corresponding lack of legal training no doubt contributed to the transience and unethical behavior of the early Colorado appointees. For the 100-year period from 1861-1961, 20 men held the post, and while some served with integrity, more than one of them was accused and convicted of felonies while on the job.
Mining Districts provide another good example. Four-person Vigilance Committees were appointed by the President of the Gilpin District to serve three month stints for the purpose of investigating and reporting all violations of criminal law.
Where regular law enforcement offices existed, vigilantes often operated in cooperation with them. In the first five months of 1894, the Arapahoe County Sheriff appointed “special deputies” at the rate of 90 or more per month. Remarkably, these special commissions were often issued on no more than the applicants’ own personal recommendation. And until 1964, constables and justices of the peace could be mere appointees themselves, formally authorized to cover for each other whenever necessary. Ironically, the “Courtesy Patrol” (now the Colorado State Patrol), created in 1935, was prohibited, by law, from being deputized by any local or state authority, with the notable exception of service at the Pueblo Fair.
Untrained volunteers and unrestrained appointees were a formula for misdeeds. This was especially true where special deputies were assigned specific duty locations, for example, “Union Brewery” or “Windsor Hotel,” and a unique variety of tasks, including the prevention of “girls habitually wandering around the streets…” or flying the “red flag,” as well as the seizure and reporting of any “defective prophylactics” discovered within the jurisdiction, three of which were laws published in the 1963 Colorado Revised Statutes!
So there you have it. Truth is stranger than fiction. If you don’t believe us — check our sources. D

Sources:
1. True. See, Michael J. Trinklein, Lost States: True Stories of Texlahoma, Transylvania, and Other States that Never Made It (Philadelphia: Quirk Books, 2010) 61, 122; Provisional Laws and Resolutions Passed at the First and Called Sessions of the General Assembly of Jefferson Territory (Omaha: N.T. Roberston & Clark, Printers, 1860); and A Compilation of the Messages and Papers of the Presidents, Vol. XIX (New York: Bureau of National Literature, 1911).
2. True. See Marjorie Hornbein, For the Public Good: The Strange Case of Colorado’s Eavesdroppers, Colorado Heritage 3, 33-38; People v. Ellis, 70 P.2d 346 (Colo. 1967); and People v. Ellis, 86 P.2d 247 (Colo. 1938).
3. This story is not true. However, it is modeled on a long history of animal trials. For example, in 1457 a Burgundian court tried a sow and her piglets for attacking and killing a small child. For an interesting account of this and other animal trials, see Jen Girgen, The Historical and Contemporary Prosecution and Punishment of Animals, 9 Animal L. 97, 110 (2003)(“Although the sow was found guilty and sentenced to be hanged by her hind legs to a gallows tree, her offspring (who had been found stained with blood) were pardoned, owing in part to their youth and the bad example set by their mother.”).
4. True. See, Frank Richard Prassel, The Western Peace Officer: A Legacy of Law and Order (Norman: University of Oklahoma Press, 1972), 120-39, 176, 222-23. 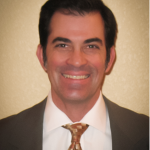 Dan Cordova is a dual-degree lawyer-librarian, currently serving as the Colorado Supreme Court Librarian. He manages legal research and reference services for the Bench, the Bar and the general public, and negotiates print and electronic databases that serve the state judiciary, legislature, attorney general’s office, and state auditor. He is also the interim Executive Director of the newly-created online Colorado Legal Help Center for self-represented litigants. In his spare time, Dan writes and speaks about Colorado legal history and genealogy. 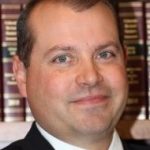 Chris Hudson has more than a decade of experience working in libraries. He began his career at the Colorado Supreme Court Library in 2012 and currently serves as the library’s Deputy Director. He previously worked as program coordinator for the University of Denver Law Librarian Fellowship program, an IMLS grant funded project designed to recruit, educate and promote future generations of law librarians. He is a graduate of the University of Colorado School of Law (JD, 2002) and University of Denver Morgridge College of Education (MLIS, 2008).